Backed by an extensive technical background in embedded systems and more than 10 years of experience working with Bluetooth technology, SwaraLink’s services include architecture, development, testing, and debugging of complex hardware and software systems. We work with all types of products, including consumer, industrial, automotive, and medical devices. Our clients range from small startups to large, publicly traded corporations, and our projects range from short-term consultations to months-long development programs.

We believe in high-quality engineering work, clear communication, and professional service for our clients, with a focus on ensuring a great experience for the end-user. We take great pride in our ability to dig into the smallest details without losing sight of the big picture.

Let us know how we can help you! 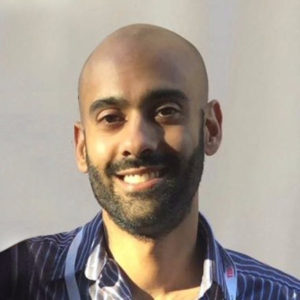 Sandeep was originally a self-taught programmer, playing around with QBASIC and Visual C++ in high school, but then shifted interest from software to hardware while at the university level. He went on to receive his Bachelor’s degree and Master’s degree in Electrical Engineering from the University of California, San Diego, with a focus on Analog and RF Integrated Circuit Design. His educational background in hardware and RF systems and personal interest in software eventually led him to the world of embedded wireless systems.

After graduating, Sandeep spent over a decade in the semiconductor industry, including eight years working for Texas Instruments’ Wireless Connectivity group. During his career at TI, Sandeep worked in a variety of technical and management roles, all related to TI’s Bluetooth Low Energy product line. His responsibilities included software development at the stack and application-layers, interoperability testing and debugging, customer documentation and training, system architecture, and participating in Bluetooth SIG working groups where he contributed to specifications that have been adopted by the industry.

Over the years he has seen and dealt with almost every Bluetooth-related issue imaginable, and given technical training sessions on over one-hundred occasions.